Your drinking water either comes from groundwater, wells, or gets treated at municipal water facilities. Toxic chemicals, such as lead, arsenic, PFAS, radiation, and more, seep into these water supplies and end up in your drinking water.
According to an article (paywall) in National Geographic Magazine:
“Roughly a quarter of Americans drink from water systems that violate the Safe Drinking Water Act. Violations range from failing to properly test water to allowing dangerous levels of lead or arsenic and occur everywhere: in rural communities and big cities, in red states and blue ones…the reality is we can no longer assume our water is safe to drink.”
These violations included failure to treat the water to get rid of pathogens (think viruses and bacteria) and excessive levels of contaminants like arsenic.
This means your family is at high risk of:
Take a look at this chart below, which lists the various contaminants found in the US drinking water supply and how many Americans are exposed to them each year:
“We've got these 100-plus-year-old pipes in many cities. We have treatment plants that use World War I era treatment technology,” says Erik Olson, director of the National Resource Defense Council’s Health Program. 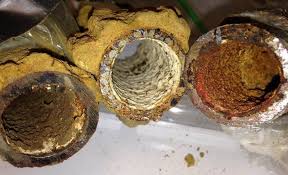 You see, there are several zones of water contamination that you and your family are exposed to:
When your children drink low quality water, it not only affects their mental development but also leaves them with weakened immune systems.
We know this must be frustrating, because as a parent, you just want safe and clean drinking water to keep your children hydrated and healthy.
After all, quality water is a BASIC HUMAN RIGHT!
So how can you protect your children from all these dangerous & harmful contaminants?

Water Pitch products (Powered by Seychelle Water Filtration) are designed to strike out contaminants in drinking water which pose the most adverse threats to our health.  We urge you to place your trust in advance premium water filters that are manufactured in ISO 14000 certified facilities and have been routinely tested to meet the highest quality standards within the industry.  Water Pitch carries unique advance products water filters designed to answer various drinking water needs.  We have filters that produce alkaline water naturally without excreting the natural occurring minerals, extreme; filters that reduce radiological contamination; we carry products designed for kids and water filtration designed to use during boil water advisories and with well water.  Please take time to visit our unique line of advanced water filtration products.

Please click on the links below for more info on water contamination.